Hey, Cis! S1:E10: Be The Change and not the Archie Bunker 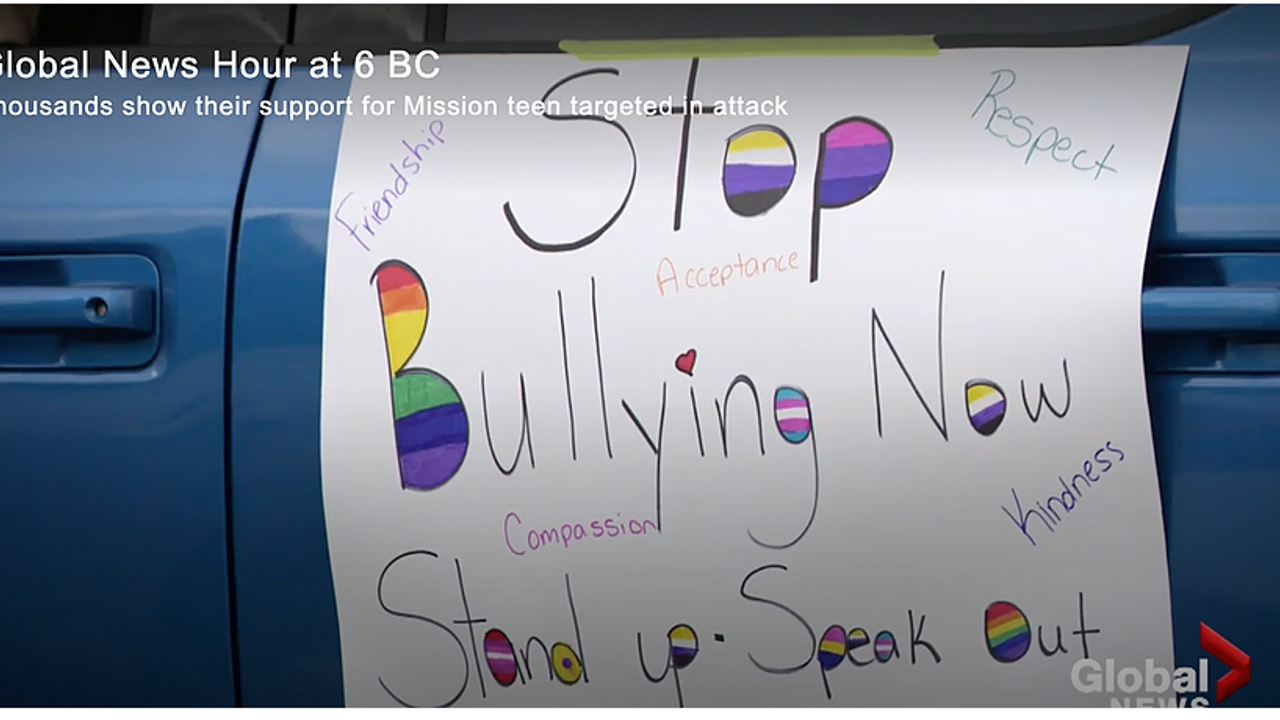 ​'I saw that video and although I've never been beaten like that... I could certainly relate to what that child was experiencing, in some way.

And my questions are really about:

​This Podcast we are joined by the President of Pflag Vancouver, Colin McKenna. 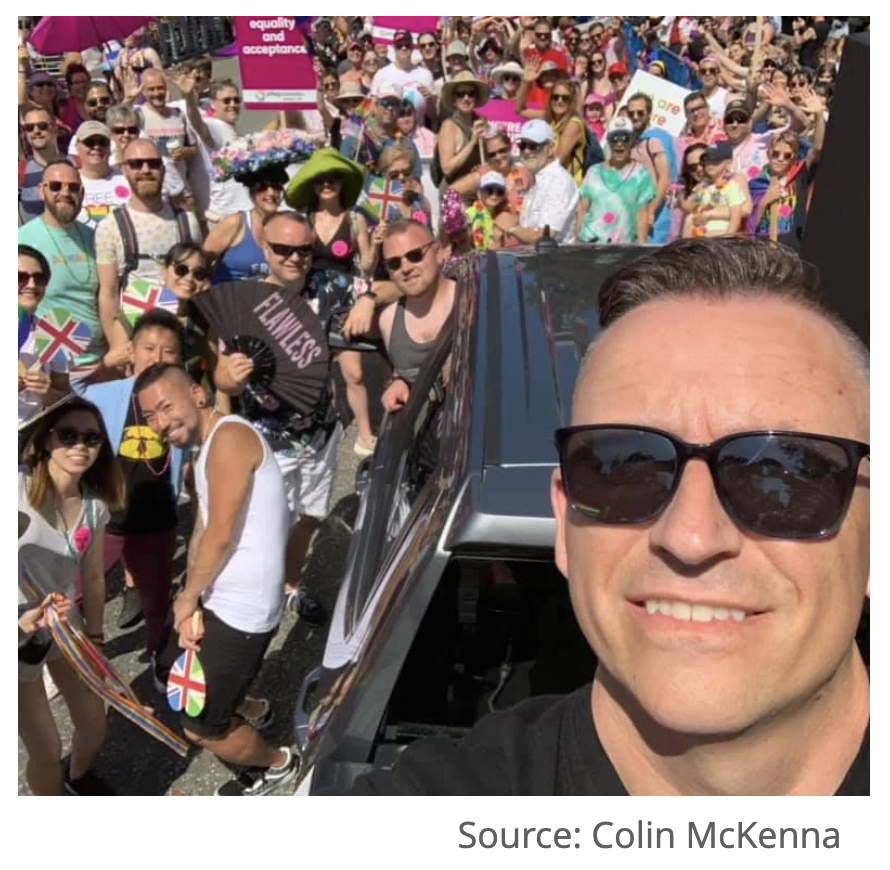 As a 13-year-old, Colin was kicked in the back in a homophobic assault in B.C. while at a phone booth on a call to his mother.  In 2020, Cynthia removed her 13-year-old from their public Jr. High School in Nova Scotia because of transphobia.

It is happening across Canada. And many of these hate crimes go unreported.

​This month a 13-year-old, Grade 8 student experienced a vicious assault on Jan. 11th in British Columbia.

The scene is too familiar: A person lies on the ground covering their face; tucking in their head; while being physically assaulted. A circle of bystanders gather around mocking and videoing. A bet was shouted out by a bystander on where she would be kicked next.

Nobody intervened. 'That playground situation was painful in so many ways...

Nobody wants to see 13-year-olds being arrested. But if they're assaulting other people, that's the consequence,' says McKenna.

It is a conversation deserving of everybody's attention; especially cisgender folks across Canada.

The first response by the Mission Schools Super Intendant was that it could have been Covid-instigated, when it was transphobic bullying. And not bullying - it was a full on assault.

The story also remained provincial - meaning many Canadians aren't aware this even happened - or does happen, in our Canadian schools. CBC didn't air the story until a rally took place in an action of solidarity to support the young girl, four days after the attack. 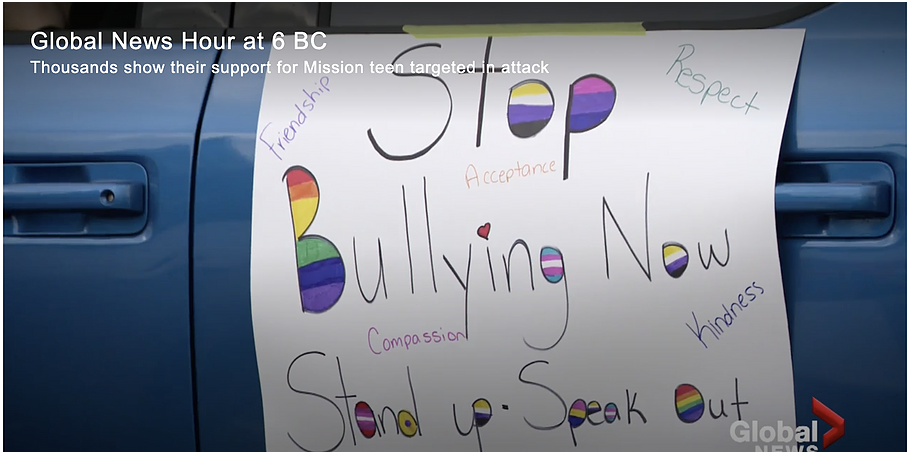 Trigger Warning: This is really painful to watch.

The Global story above and its video contain details that may be disturbing to some readers. Discretion is advised.

SOGGI is now in its 4th year in BC and is a set of recommendations by educators who have been actively supporting students of all sexual orientations and gender identities for years.

Colin asks the question, 'This is great that these kids are getting this kind of material in schools...what are we doing for the parents?'​

SOGGI is a set of written guidelines  - it is not curriculum.

"When you say something is normal, what does normal mean?  The kid next to you may have two mom's or two dad's and there's nothing wrong with that," says McKenna.

SOGGI is meant to help kids understand that you will see these things in the world - it's a normal part of what is in the world.

The main concern many parents had when SOGGI was first introduced, says Colin, was kids will learn to be gay in school.  Ouch.  As we talk about in the Podcast;

'SOGGI is training our kids to be gay and what a lot of these people don't realize is they had the gay kid. They didn't make them gay, they were already like that. Trans people scare them even more, because they really don't understand that." 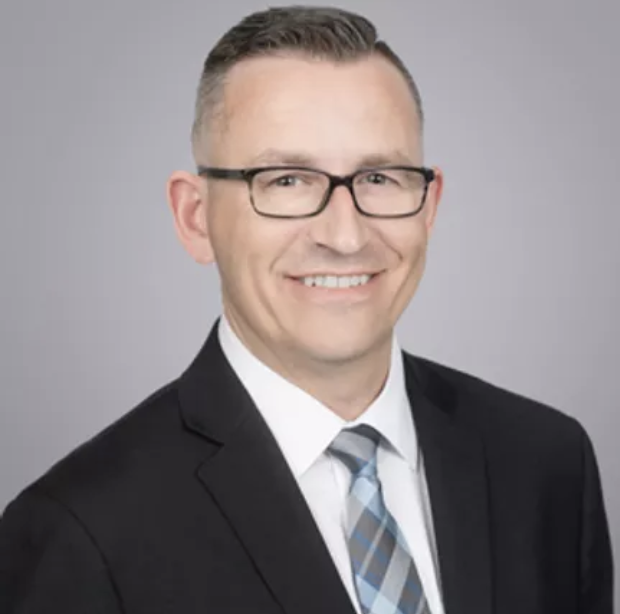 We asked Colin what can Cisgender parents and caregivers do.

Want to join more of the conversation? 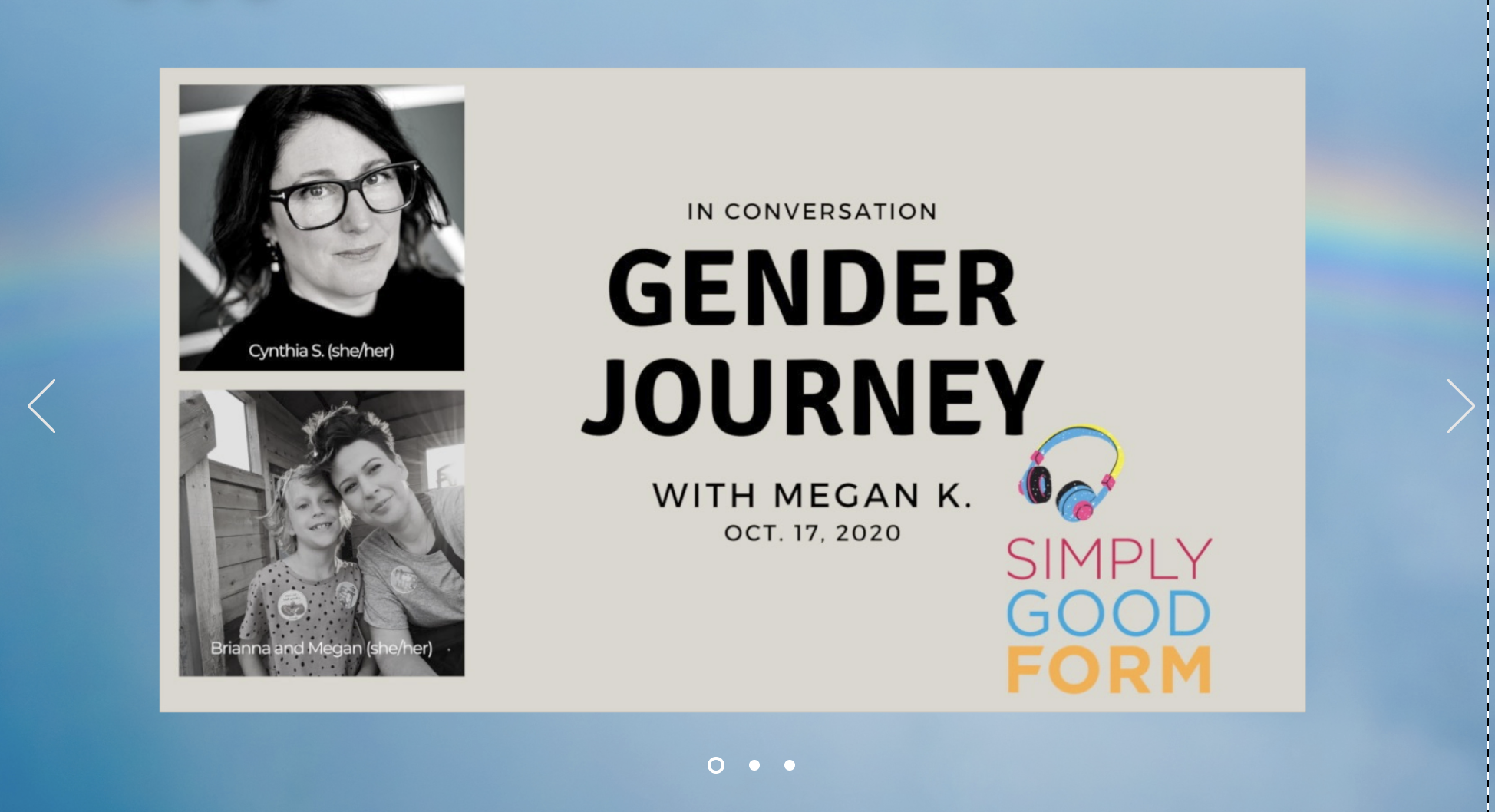 Episode 2: What would you want for your own kids? introduces Megan K, a healthcare professional with a transgender child. She shared some of her beautiful journey with us.

"I would challenge people to start thinking about, how are the processes in your organization contributing to gender normativity. Because, if you're part of that system and you're not trying to improve it, then you're perpetuating gender norms.... it takes reflection and insight."

Join our 'friends and followers' communications to access our newsletter and be the first to hear about new events, Hey, Cis! episodes and webinars.

Subscribe to stay up to date on our latest podcasts and courses.

Unsubscribe at any time. No spamming.